The Differences Between Fossil Fuel and Biofuel

88% of the United States energy consumption is powered by non-renewable resources. With the numerous varying factors controlling the affordability and availability of fossil fuels, we are looking elsewhere for a reliable energy source. This is where biofuel comes in.

What exactly is a fossil fuel, and why is it non-renewable?

Coal, natural gas, and crude oil are all considered fossil fuels because they were formed by fossilized plants and animals that died millions of years ago. These energy sources have an extremely high carbon content which made them a top contender for global use. However, the continued heavy reliance on such an energy source is impossible to maintain. Because fossil fuels take millions of years to form, we can’t simply keep creating more when we need it. In addition, we’re learning more every day about the devastating impact of fossil fuels on the environment.

The Cost of Fossil Fuel Reliance

When we look at the cost of fossil fuels—natural gas, coal, crude oil—we tend to only look at the dollar amount of a unit of that energy resource. We aren’t truly looking at the cost as a whole. For example, you may be thinking, “Gasoline in my area is currently sitting at around $3.25 for a gallon.” However, Climate Change reported Americans get their gasoline for at least $3.80 less than the overall cost to provide when you factor in all of the other burdens, charges, and impositions that come with fossil fuels.

The same goes for crude oil. The cost of crude oil has increased to more than $170 a barrel, and that’s only if we’re looking at the unit price. If we take a look at the environmental and social ramifications of its use, the price would inevitably skyrocket.

How Does Biofuel & Biodiesel Help?

Whereas fossil fuels take millions of years to form, biofuels are created from biomass (plant/algae material or animal waste) and can be directly converted as an energy source. A vast infrastructure was created with fossil fuels in mind, and biofuels can directly take their place without the added cost that was previously associated with environmentally-friendly energy sources.

How Manta Biofuel is Making a Difference

Algae is a type of microscopic plant that grows incredibly fast. It can double or even triple its biomass in a single day. Because of algae’s rapid growth rate, less land is required for it to grow compared to other biofuel feedstocks. At Manta Biofuel, we’ve developed a suite of technologies that enable us to farm algae instead of manufacturing it, keeping production costs and the environmental impact low. That way, when you’re looking at the pricing of a barrel of biofuel, you only have to consider the unit cost, not the environmental and social ramifications it took to create that barrel.
Want to make a difference alongside Manta Biofuel? Invest in our renewable biofuel energy source today! 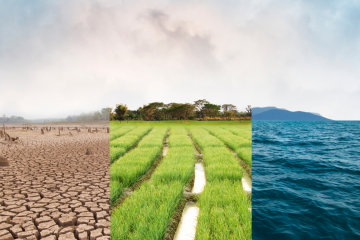 The Current Outlook on Climate Change: Why the Environment Needs Biofuel

It shouldn’t be a surprise that we’re too dependent on the use of fossil fuels. And globally, fossil fuel use is increasing. Even worse, many experts expect this trend to continue. The U.S. Energy Information Read more… 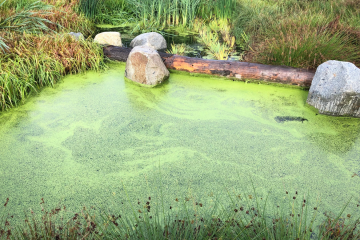 Algae Farming 101: How to Grow Algae for Biofuel

Processing Algae for Energy Production Did you know that farming algae to produce energy has been in practice for over half a century? The low maintenance and high growth rate of algae make it an Read more…

An Introduction to Algal Biofuels

Each day, the United States alone consumes an astounding 1 billion gallons of fossil fuel. How many pounds of CO2 emissions does this lead to annually? 300 trillion.  Don’t let these astronomical numbers make you Read more…